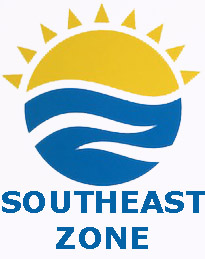 This page will be used to spot light people in Georgia Masters.

We will introduce you to World Record Holders, People working behind the scenes volunteering their time, and new swimmers who have just started swimming or recently joined Georgia Masters.

Hopefully you'll recognize them next time you see them at a workout or swim meet. Go over and introduce yourself; welcome them to Georgia Masters - or just make a new friend.

Meet some of the Georgia Masters swimmers who have been profiled over the past few years.
Click on their picture and read their stories.
Hopefully you'll find one that will inspire you.
Now that you know them - don't be afraid to say hello to them on deck, or at a workout, etc. 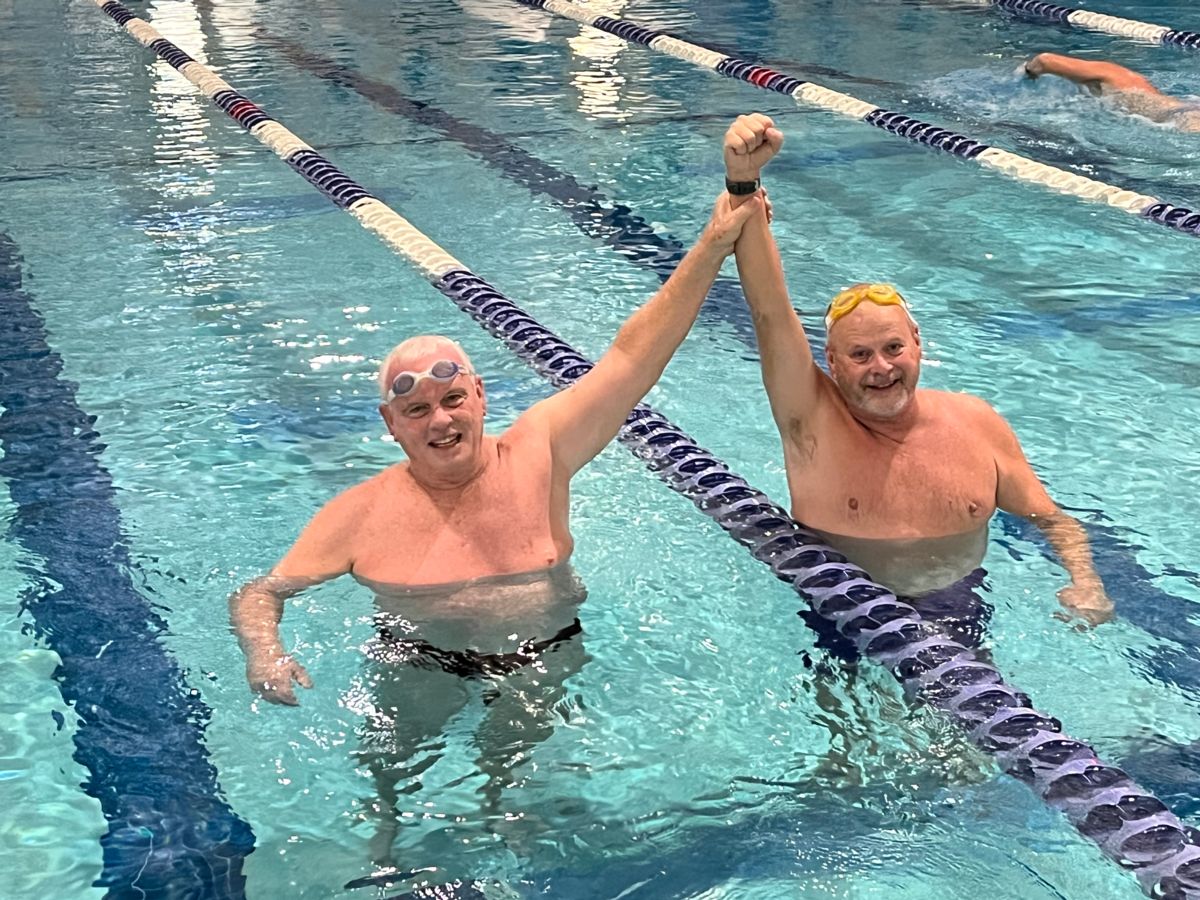 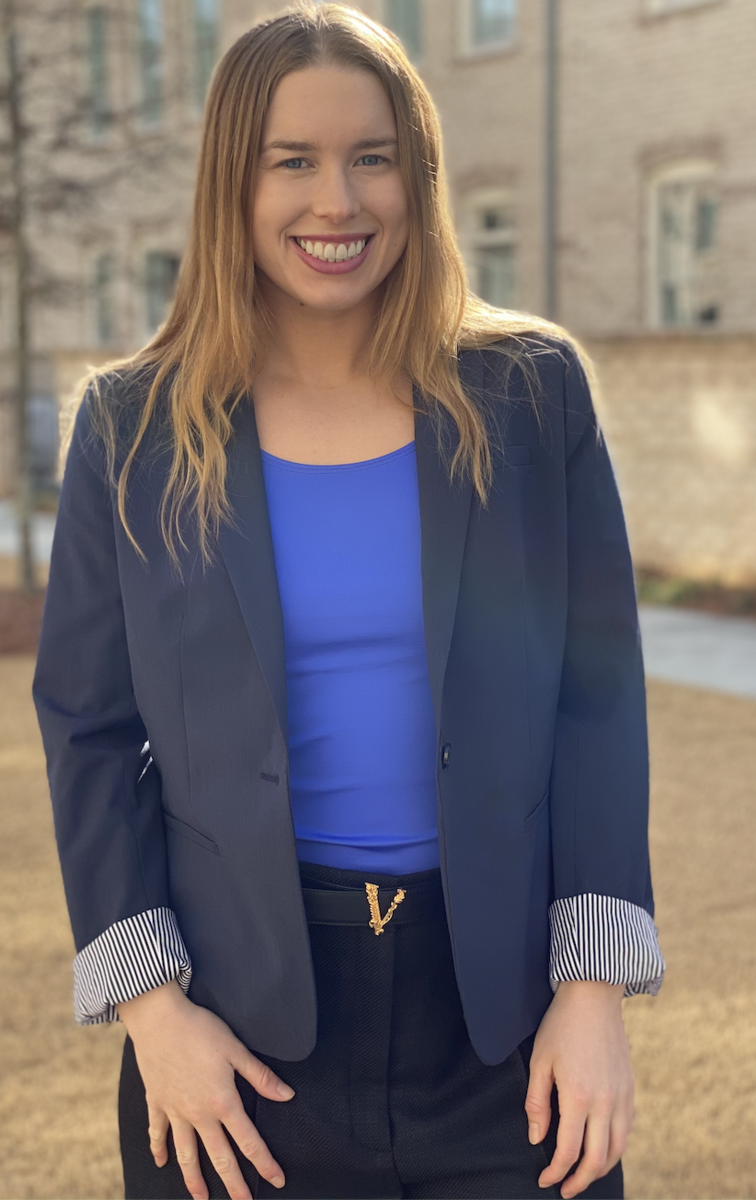 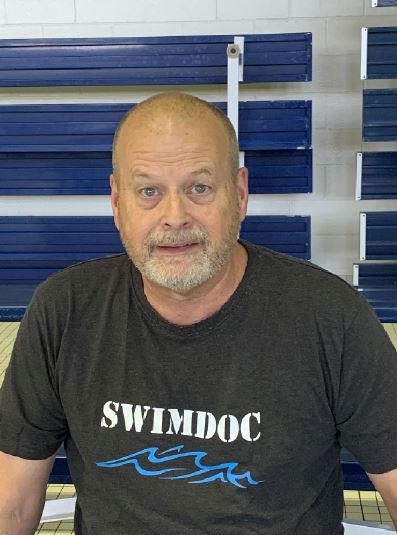 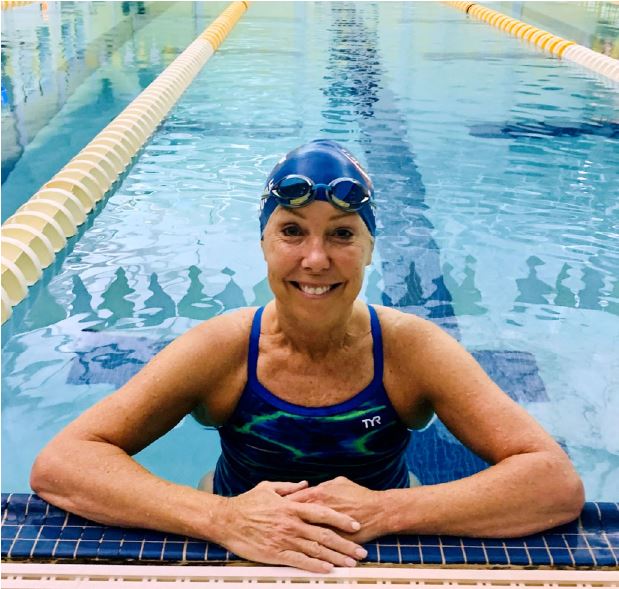 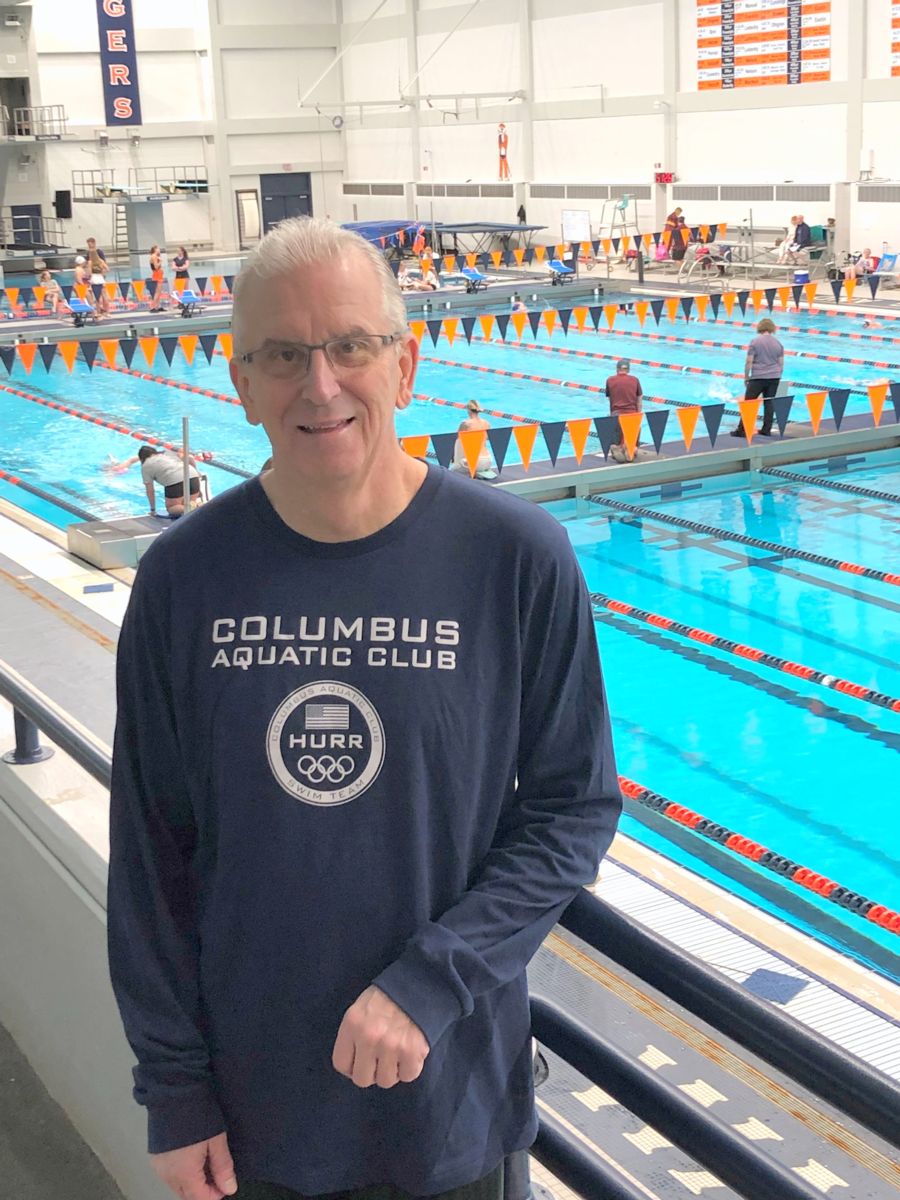 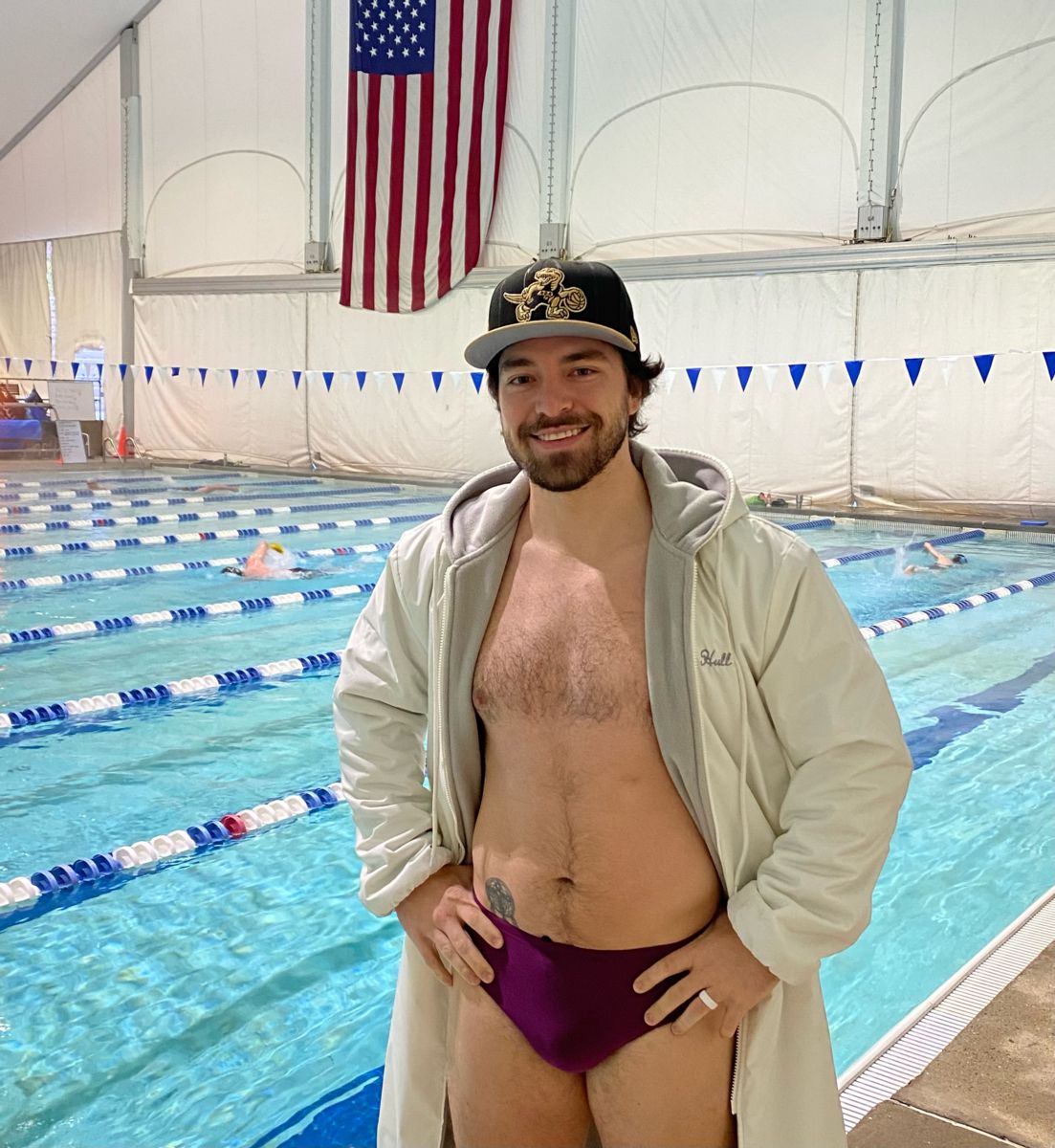 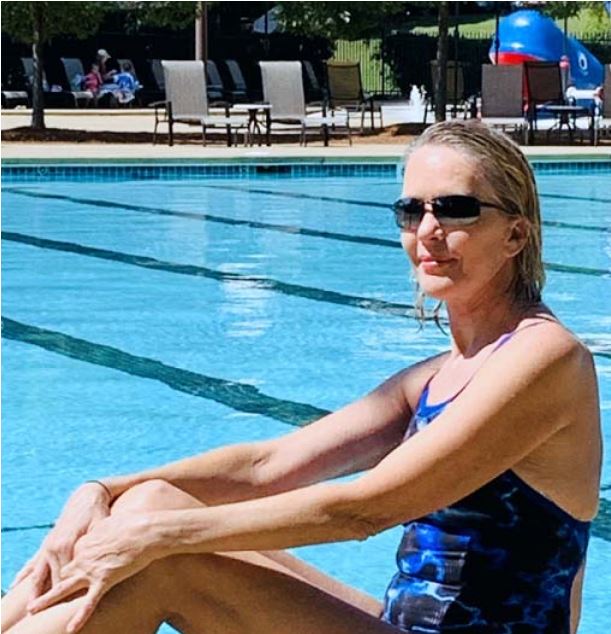 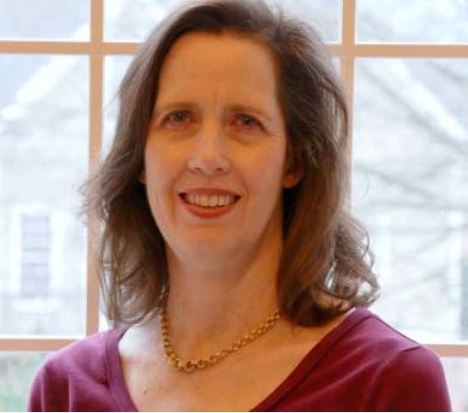 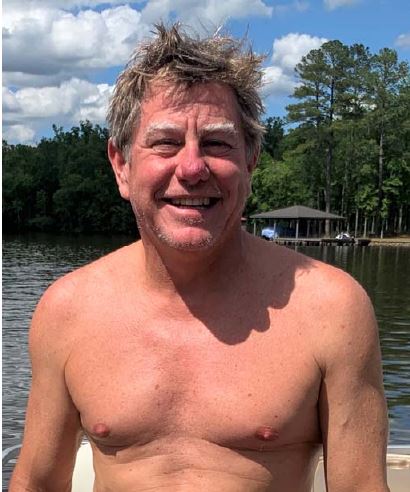 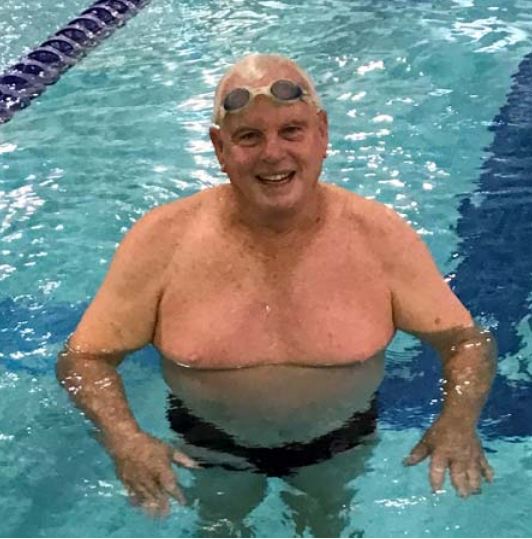 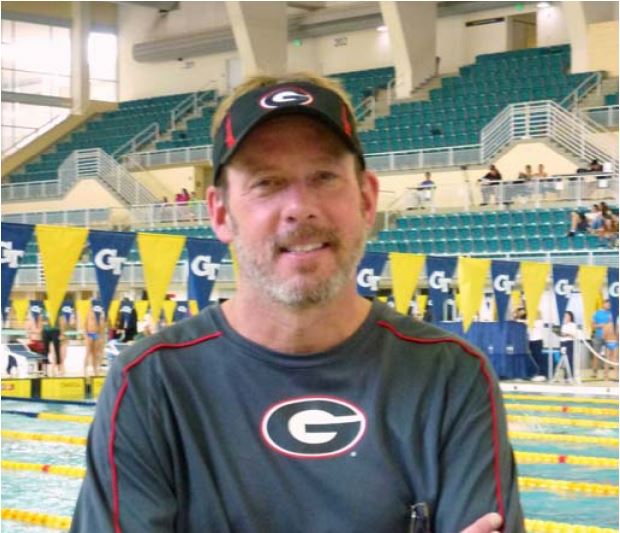 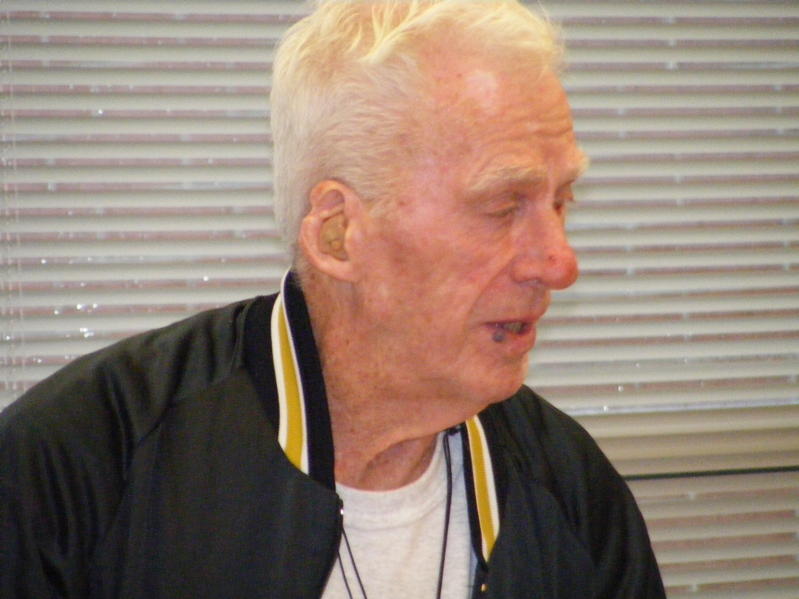 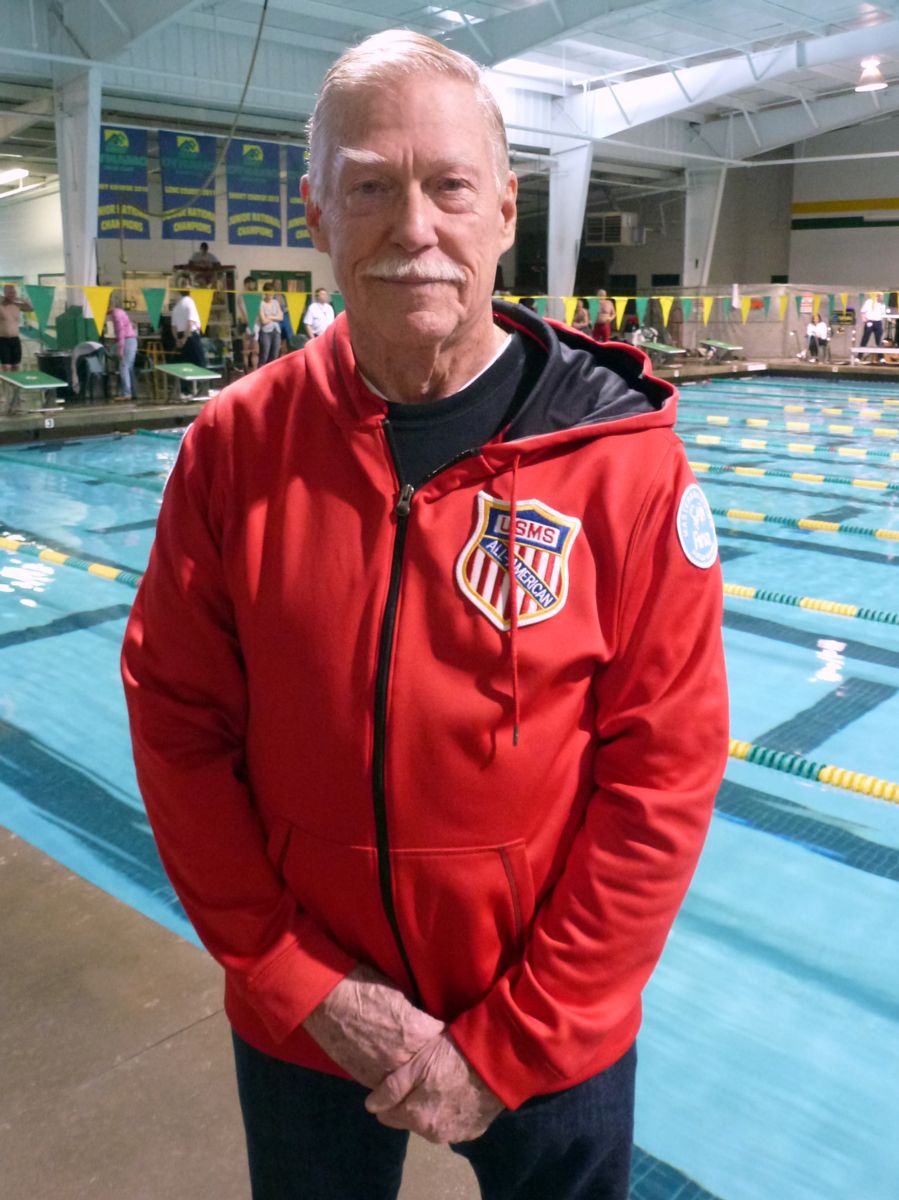 On August 22, 2015, I'm not sure who was more proud -- Hal Stolz or his big brother, Irwin.  That is the day Hal was inducted into the Georgia Aquatic Hall of Fame.

When asked what his reaction was when he received the news, Hal exclaimed, “Absolutely flabbergasted!  I’m just tickled to death; I’m just thrilled!”

As Hal explained, “He has always been my big brother, and I will always be his little brother.  He calls me ‘L.B.’ for ‘little brother.’  He’s my biggest fan.  No one has ever done what he has done for me.  We couldn’t be closer.”

Following in Irwin's footsteps, Hal learned to swim as a boy, too, but it wasn't until he was 14 years old that he decided to pursue it as a sport with Irwin's encouragement.  Irwin became his coach for the next two years until Hal joined the high school swim team.

Where Hal didn't follow in big brother's footsteps, however, was in which stroke he excelled at.  Irwin says Hal was a "terrible" freestyler back in high school, and Hal agreed.  “We were working out at the YMCA downtown in a 20 yard pool doing 40 yard freestyle sprints, and I was terrible. I got tired of them, so I said to Irwin, ‘Let me swim butterfly.’ He said, ‘You can’t swim butterfly.’  And, I said, ‘Yes I can.  I’ve been watching this guy over here in the pool swim butterfly, and I think I can swim butterfly.’  So, Irwin said, ‘Oh, ok.’”  Irwin had a watch and timed Hal on a 40 yard sprint, and when he saw the time on the watch, he told Hal, “You can’t swim that fast!”  Hal swam it again, and Irwin looked at his watch and said, “You’re a Butterflyer!”

Hal continued, “Irwin has always been my coaching advisor.  He’s my inspiration.  He really made me a good swimmer.  He would tell me that I could do things that I really had no visions of being able to do, and because he told me I could do it, I would do it.  I beat people I wasn’t supposed to beat.”

After graduation, Hal once again followed in his brother's footsteps by becoming a high school swim coach for two years while in college.  Irwin coached swimming while attending law school at Emory, and Hal took a job with a rival high school while working his way through veterinary school.  As Hal recalled, “The first year, I beat him [and his team] in the championship.  I got first and he got second.  The next year, he beat me [and my team] and I got second.”

Meanwhile, during his coaching days, and for a span of 35 years, Hal continued swimming for fitness.  Finally, in 1989, Irwin suggested Hal jump on board with him and join U.S. Masters

Swimming, and get back into competition.  Hal was 54 at the time, but it didn't take long for him to get back to his winning ways.

Hal continued swimming and competing for three years until he was in an accident that resulted in some broken ribs.  That forced him out of the pool and competition for awhile until Irwin lit a fire under Hal with the news that the FINA World Masters Swimming Championships would be in Christchurch, New Zealand in 2002.  Even though Hal would be 68 and in the high end of his age group for that meet, he wanted to go to New Zealand with his brother.  The Stolz brothers headed to World's, and Hal ended up tied for 5th in the world in the 50 Meter Breaststroke (:40.00) and 1st in the U.S.A.  That was his first USMS All-American.

“I was hoping to go back to the World Championships in two years when I was 70, but I fell and broke four ribs.”  Yes, you read that right.  More broken ribs forced him out of swimming -- again.

Each time he broke his ribs and was out of swimming, it took him 2-3 years to get back to achieving the race times he had swum prior to his injury.  Never one to give up, Hal worked very hard to swim his way back up the ranks.

At the Pan Am Games in 2013, Hal was the senior in his age group, and still won the 100 Butterfly. “When I finished the 100 Breaststroke, I got 2nd and I was right on top of the guy that won.  He was 75.  I told myself if I could do this time in Montreal next year [at the 2014 FINA World Masters Swimming Championships], I would be in the top three; so, I started working harder than I had ever worked.”

The hard work paid off for Hal, because he won the 100 Meter Breaststroke in Montreal and placed second in the 200 Breaststroke.  He also came in second in both the 100 and 200 Butterfly.

Hal's big win in the 100 Meter Breaststroke in Montreal was his ultimate accomplishment and favorite Masters memory.  "Winning the (Fina Masters 2014) World Championship was the peak for me.  I worked very hard, and I’m very proud of myself for being able to do it, because I never thought I would be able to do it," Hal said with pride.

When Hal said "hard work," I wondered just what he meant by that.  (At 80 years old, just how hard could he work?)  Well, for starters, he usually trains 5 times per week, and on four of those days, he swims 5,500 – 6,000 yards!  He also does 1,200 repetitions of breaststroke pulling where he stands with his toes up against the wall and does quick pulls while standing in place.  “It has made me a lot stronger in the breaststroke, and my coat size has gone from a size 42 to 44!”

All that hard work didn't just earn him gold at World's; it also earned him three relay world records.  In January, 2014 at the St. Nick's Meet at Georgia Tech, he was a member of the Men's 320-359, 200 SCM Medley Relay that broke the USMS and FINA World Record.

Then, in June that year in Greenville, he was on the Men’s 320-359, 400 Meter Medley Relay team with his brother that broke the USMS and World Record.

The following day, they returned to the pool and broke the 400 Meter Freestyle Relay World Record.

As it turned out, the gold medal he won in Montreal was just the icing on the very tasty cake that was the best year of his phenomenal Masters swimming career.

It's not just the medals and records that he has enjoyed during his 25 years as a Masters swimmer, though.  In addition to loving the competition, Hal said, "It’s all the people; they’re just so good.  Swimmers are just great people.  I don’t think I have ever met a swimmer that I didn’t like.”

Hal Stolz won multiple SEC Championship titles for the University of Georgia from 1953-1956. Stolz was the SEC men’s champion in the 3x100y medley relay, which is no longer an SEC event. In 1955 and 1956, Stolz won SEC titles in both the 200y breaststroke and the 200y butterfly. Stolz also won the 200y individual medley during the 1956 SEC Championships. Prior to swimming at UGA, Stolz was a three-time state high school champion and state record holder in the 100y breaststroke.

As a United States Masters Swimming (USMS) swimmer, Stolz has earned over 100 National Top Ten rankings and was the 2014 World Champion in the 100 Breastroke. Also in 2014, Stolz was a member of three World Record setting relays, the 4x50m short course medley relay, 4x100m long-course medley relay and the 4x100m long course freestyle relay. 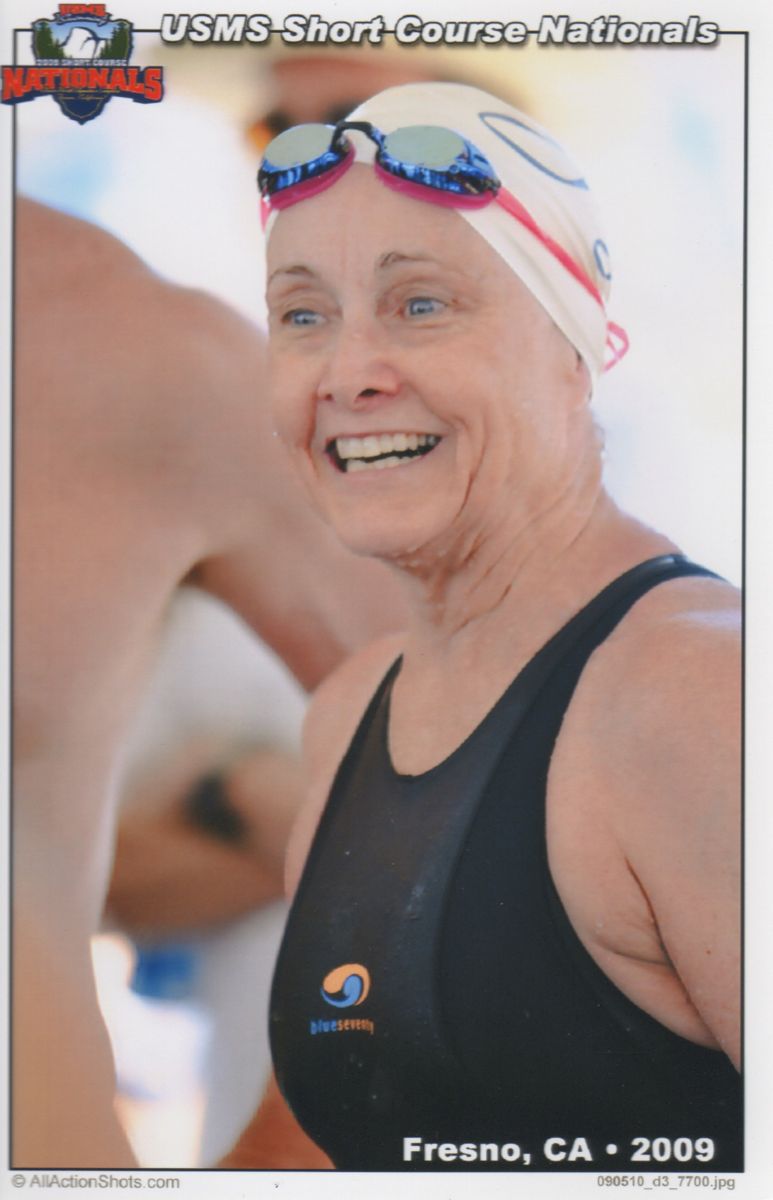 Francine has long been a shining star in Georgia Swimming and on the National and World stage. She is Georgia’s most decorated female Masters swimmer. During her career, she has held 50 first place national rankings ranging from 50-meters to 2 miles. Additionally, Francine has been ranked the top female swimmer in the following age groups: 45-49, 50-54, 55-59, 60-64, and 65-69. She has also held 10 National Records and World Records in the 100-meter Freestyle. At one time she held the American record in the Women's 60-64 100/200/500 yard Freestyles (SCY); not to mention countless Georgia and Dixie Zone records in several age groups. At age 70, she shows no sign of slowing down.

Francine has a daughter Erin who also swims for Georgia Masters.

(Speech read by Michael Heather in honor of Rob Copeland's receipt of the Capt. Ransom J. Arthur M.D. award, at Spring Nationals in Mesa, Ariz., April 29, 2011)
As part of the leadership of U. S. Masters Swimming, one of the most important responsibilities is to recognize the service accomplishments of our members. Today we will be awarding our most prestigious award, the Capt. Ransom J. Arthur M.D. Award.
Ransom Arthur was the founding father of U. S. Masters Swimming. His vision for promoting adult health through fitness and competition was revolutionary in 1970. He created a stage upon which adults could gather, compete, have fun and support each other in the lifelong pursuit of fitness goals through training. Today, fitness has become a normal part of everyday life for millions of adults. This was not so in 1970, when 46 athletes gathered in Amarillo, Texas for the first Masters Short Course National Championship. Forty-two years ago Ransom had a passion and a vision. Today, our 55,000 members are the result of that vision and the torchbearers of his passion.
Each year U. S. Masters Swimming recognizes one of its members who embody the dedication, leadership and passion required to carry the vision forward. By promoting our core objectives of education, growth and service our recipient for 2011 continues the rich tradition.
It is with great pleasure that U.S. Masters Swimming recognizes this year’s Ransom J. Arthur Award recipient Rob Copeland. Rob’s love of the sport is evidenced by his long-term involvement in both the competitive side as well as with the organizational side of Masters swimming. He has a deep understanding of our rich heritage and our vision for the future. Rob has worked, and continues to work, at maintaining and improving our high level of quality programs and services.
Over the years Rob’s contributions to US Masters Swimming have been many. On the national level, Rob has served on, and often chaired, multiple committees and task forces, including Legislation, Long Distance, Rules, Finance and Governance, just to name a few. More recently, Rob was the President of U.S. Masters Swimming from 2005 through 2009 and continues to serve on the Executive Committee as the Immediate Past President. Rob’s calm demeanor and ability to calm the waters has served him well in the past, will continue to do so in the future, and is highly valued by the organization.
Rob is also active within his LMSC. He has served on the Board of Directors as well as being the Long Distance Chair and Safety Chair for the Georgia LMSC. In addition, he runs the very successful Peachtree City Short Course Yards Pentathlon every year and directs at least one open water event each summer.
Rob has been a tireless volunteer for U.S. Masters Swimming as shown by these few examples we have talked about. We are proud to give him the much-deserved recognition as this year’s Ransom J. Arthur Award recipient.
Please join me in thanking Rob for his service to U.S. Masters swimming and congratulating him for being the 2011 Ransom J. Arthur Award recipient.